Kaohsiung Metro opened two extension sections of the LRT line “Kaohsiung Light Rail”(高雄輕軌) on January 12, 2021 (Tuesday), so they started commercial operation in the southern half of the planned ring route.

The Kaohsiung Light Rail is an LRT line constructed based on a plan to connect Kaohsiung City in a ring shape, and a 22.1km line with 37 stations will eventually be formed. On July 4, 2016, the section between the Lizihnei stop (C1: 籬仔內) and the Kaohsiung Exhibition Center stop (C8: 高雄展覽館) opened for the first time, and the business section has been gradually expanded since then. 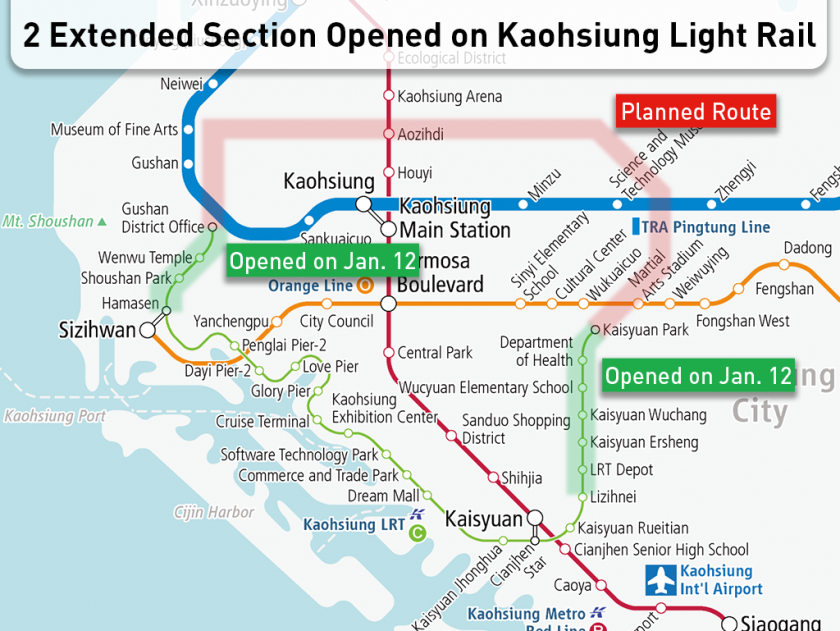 The operating hours are from 7:00 to 22:00, and the fare common to all sections is 30 yuan for paper tickets and 10 yuan for electronic tickets. In addition, a campaign is being held until February 28 (Sunday) that all Kaohsiung Light Rail lines can be boarded free of charge.