JR Hokkaido announced that the abolition date will be moved up to April 1, 2021 (Thursday) for the section between Mukawa Station and Samani Station on the Hidaka Line, which they has already notified the abolition on November 1, 2021 (Monday).

The 116.0km section between Mukawa Station and Samani Station has been suspended from operation since the landslide caused by the high waves that hit Hokkaido in 2015, and alternative transportation by bus is still being carried out. It was estimated that the damage had been great and the restoration would cost a huge amount of money, and they have been discussing the cost burden of the restoration as a railway with the local governments along the railway line for a long time. Since discussions were concluded by abandoning the restoration and abolishing the railway, JR Hokkaido notified the Minister of Land, Infrastructure, Transport and Tourism on October 27, 2020 (Tuesday) that they decided to abolish the section between Mukawa Station and Samani Station as of November 1, 2021 (Monday). 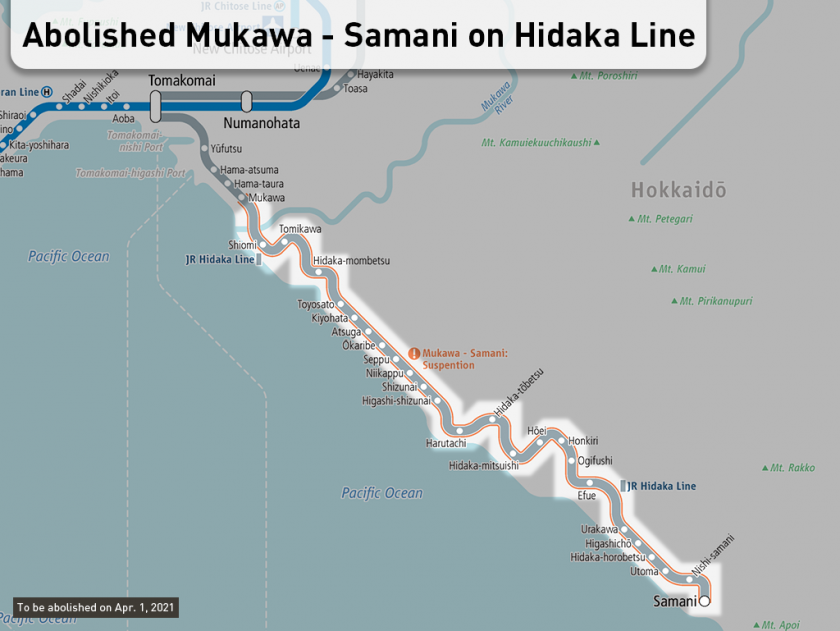 After the abolition date, the Hidaka Line will be a short line of 30.5km between Tomakomai Station and Mukawa Station, and the substitute bus between Mukawa Station and Samani Station will be replaced with a fixed-route bus. Specific discussions will be held in the future to maintain the transportation system in the Hidaka region, such as who or how to operate it.

This is the first time that a section that has been closed due to a disaster has been abolished since the inauguration of JR Hokkaido. The latest line abolition was between Hokkaido-Iryo-Daigaku Station and Shin-Totsukawa Station on the Sassho Line on May 7, 2020. On April 16th, ahead of the scheduled abolition date, a state of emergency was issued nationwide due to the spread of COVID-19. In response to this, in order to prevent the spread of infection, JR Hokkaido hurriedly put the last train on April 17, and after that there was an unusual event that all trains were suspended. 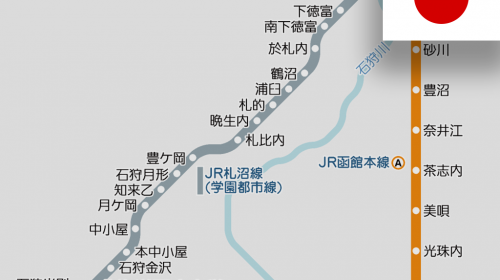 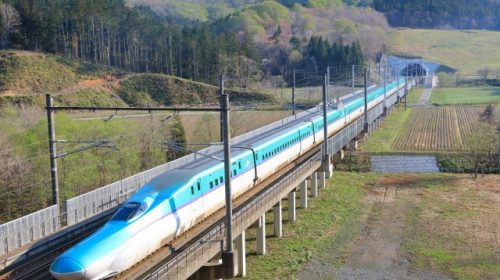 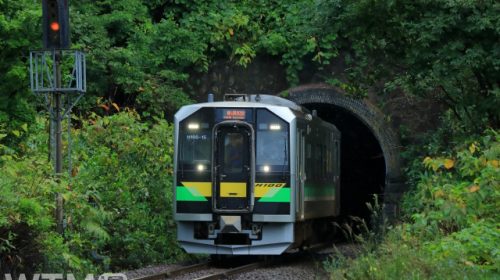 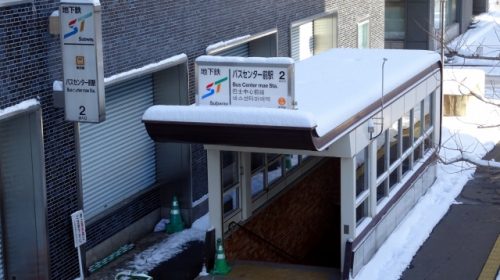 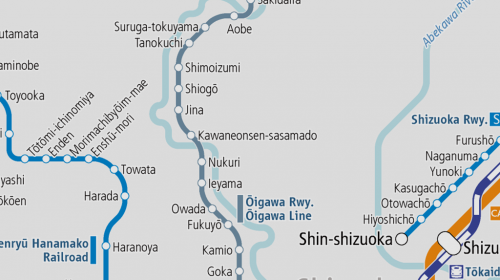 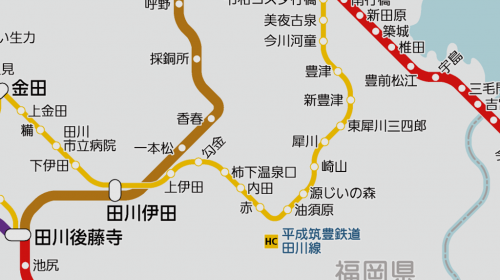