Nankai Electric Railway and other four transportation companies in its Group continue to provide transportation services using the “Visa Contactless Payments” that has been tested for about one year and nine months.

Easy to use for inbound travelers

The ride systems that allow you to pay the fare by tapping your credit card on the ticket gate was built in collaboration with Sumitomo Mitsui Card (headquarters: Koto City, Tokyo), QUADRAC (headquarters: Minato City, Tokyo), and Visa Worldwide Japan (headquarters: Chiyoda City, Tokyo). Ticket gates that support contactless payments will be installed at major stations from April 3, 2021, and operational aspects such as ensuring convenience have been verified. At the same time, flexible services such as fare discount campaigns were provided on a trial basis, taking advantage of the cloud system.

In addition, the introduction of contactless payments has been rolled out horizontally to group companies. From October 2021, Nankai Rinkan Bus began collecting fares according to the boarding section, and from March 2022, Nankai Ferry conducted a demonstration experiment of fare discounts in case of connecting trains. Subsequently, from April 2022, fare collection with transfer discounts between railway operators has been realized between Nankai and Semboku Rapid Railway, which operates mutually.

Due to the lack of verification due to the spread of COVID-19, the demonstration experiment was extended by one year from the original schedule. According to Nankai, through the results and knowledge obtained from the verification, it has been confirmed that the service is at a level that can be provided to users. Therefore, the demonstration experiment period will end on December 11, 2022 (Sun), and the service will continue as official operation after December 12 (Mon).

The Nankai Group, which is responsible for access from Kansai International Airport, is the first in Japan to support entry and exit by contactless payments at the ticket gate of the station in order to facilitate the movement of inbound passengers. The area covered by contactless-payment transportation services continues to expand, especially outside of Japan. In order to strengthen the system for accepting inbound tourists, which is expected to increase with the relaxation of border restrictions from October 2022, they will gradually expand the usable area and prepare for the 2025 Osaka Kansai Expo (See the figure below about the transit map of Nankai Group).

Tap to pay also on buses and ferries

As a specific initiative of each company, Nankai will gradually expand the number of stations where contactless payments are available from April 2023, which is currently limited to 23 stations, so they aim to make it available at all stations. In addition, for the planned tickets named as “Nankai Digital Kippu” that uses the QR code that has been developed so far, they are going to plan tickets that can be used more conveniently, target advertising, and multilingualization for inbound tourists.

Until now, the Senboku Rapid Railway has handled contactless payments at manned counters, but in order to improve convenience, they introduced integrated ticket gates. It is the first in Japan to support three ticket types: “contactless payments”, “QR tickets”, and “transportation IC cards”. Two readers for credit cards and QR code have been added to the existing IC ticket gate, and operation has started at all five stations from the first train on December 12, 2022 (Mon).

Nankai Rinkan Bus, which operates a route bus in Koyasan, a World Heritage Site, will set an upper limit on the amount of contactless payments per day. The limit is the same amount as “the one-day free ticket” sold on paper, saving you the trouble of purchasing a ticket in advance at the sales window. They will announce when their service will start at a later date.

The Nankai Ferry between Wakayama Port and Tokushima Port, which is the first sea route in Japan to support contactless payments, will strive to popularize the “smart ticket” that applies discount fares when using both ferries and Nankai trains. That is a saver service with the price 2,200 yen (adult), which is the same as the ferry fare alone, and if you arrive at or depart from Nankai Station that supports contactless, the price will be the same regardless of the riding section. 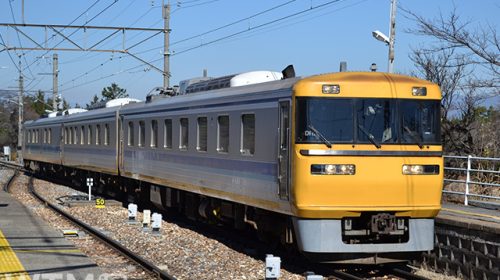 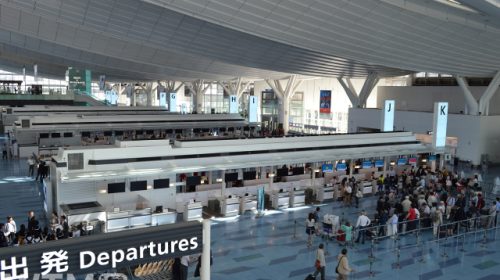 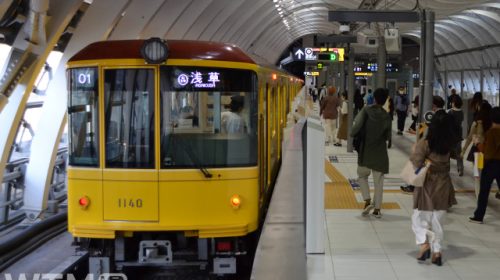